Abraham Benjamin de Villiers, popularly known as ‘Mr.360’ or just AB, is a South African player who has played for the Royal Challengers Bangalore since 2011.

His IPL debut was on May 2nd, 2008 playing against Chennai Super Kings at the MA Chidambaram Stadium. He is known for his ability to hit the ball in every which direction and also for his exceptional athleticism on the field.

Glenn Maxwell is the fastest batsman to reach 3,000 ODI runs in terms of balls (2440) faced. He also holds the record for scoring the fastest ODI ton (51 deliveries) for an Australian. The 32-year-old has the third highest individual score (145*) in T20Is. During the 2021 IPL Auction, Maxwell was signed by the Royal Challengers Bangalore for a massive sum of INR 14.25 Crores.

Maxwell is nicknamed the ‘Big Show’.

The Australian leg-spinner was drafted into the Royal Challengers Bangalore side as a replacement for Kane Richardson ahead of the 2020 IPL season. Adam Zampa is one of the primary spinners for Australia in the limited overs format. The 27-year-old holds the record of being only spinner in the IPL to bag a 6-wicket haul.

Devdutt Padikkal rose to fame when he became the third-highest run-getter of the U-19 Cooch Behar Trophy. His strong performance in the U-19 circuit earned him a spot in the India U-19 squad for the Youth Asia Cup. Recently, Padikkal played a pivotal role in Karnataka’s recent success in the Vijay Hazare Trophy and Syed Mushtaq Ali tournament

Kane Richardson who is well-known by his nickname ‘Richo’ is also a familiar face in Bangalore. Widely regarded as white ball specialist due to his success in the shorter forms of the game. In addition to being a skilled bowler, he is a competent batsman and an athletic fielder. His IPL was debut was on the 28th of April, 2013 against the Delhi Capitals (then Daredevils). This is going to be his second gig with the RCB unit.

Mohammed Siraj is one of the premier fast bowlers of the Hyderabad side on the domestic circuit. He was bought by RCB in the 2018 season of the IPL for a sum of INR 2.6 Crores. Given his potential, he can well be a great bowler in all three formats of the game for the Indian side in the years to come.

Navdeep Saini born in Karnal, Haryana, has been with the Bold Brigade since 2018. His IPL debut was on March 23, 2019 against the Chennai Super Kings. Popularly known as the ‘Karnal Express’, he can effortlessly bowl 145+ kmph throughout his spell.

The 30 year old made his first appearance for Karnataka on 7th December, 2016 in the 2016-17 edition of the Ranji Trophy. The Dharwad born all-rounder has been a seasoned campaigner for Karnataka for the last four years. Pavan Deshpande’s strong show in the domestic tournaments was rewarded with a contract with RCB, in what will be his second stint with the franchise.

Apart from cricket, Pavan Deshpande is also into the banking sector.

Shahbaz Ahmed made his first List-A appearance for Bengal in the 2018-19 season of India’s high profile domestic white-ball tournament – Vijay Hazare Trophy. Shahbaz’s recent all-round exploits in the Ranji Trophy substantiates the fact that he might well become a household name in the years to come. This will be his first season in the IPL.

Shahbaz Ahmed registered a hat-trick against Hyderabad in 2019-20 edition of the Ranji Trophy.
WASHINGTON SUNDAR

The Tamil Nadu all-rounder was brought into the RCB setup in the 2018 IPL Mega Auction. He is well-known for his economical bowling spells in the powerplay overs. He is the youngest player-ever to claim a three wickets haul in T20 internationals. He also holds the record for the best bowling figures in an IPL final.

At the age of 18 years and 80 days, he became the youngest player to debut for India in T20Is.
YUZVENDRA CHAHAL

Yuzvendra Chahal, born in Haryana has played for the Red Army since 2014. His IPL debut was on April 24, 2013 playing against the Kolkata Knight Riders. Chahal is currently RCB’s leading wicket taker. He has become an integral part of the bowling attack, restricting the opposition’s run rate and picking up important wickets at crucial junctures of the game.

Daniel Sams was traded in from Delhi Capitals ahead of IPL 2021. He shot to fame in the BBL 2019-20 season, picking up 30 wickets at a stunning average of 15.37 in 17 matches. His big-hitting abilities came to the fore during his unbeaten 25-ball 65 against Brisbane Heat in the recently concluded Big Bash League. Add his acrobatic fielding skills to the mix, the New South Wales-born cricketer makes up for a complete all-round package.

Brett Lee was Sams’ cricketing idol while growing up.

Back to where it all began. Harshal Patel makes his return to familiar territory after being traded in from Delhi Capitals. The Haryana-born pacer made his debut IPL appearance in 2012. His best season came in 2015 when he snared 17 wickets at an average of 17.29. Over the years, the 30-year-old’s batting has improved significantly.

With 34 wickets under his belt, he features in the list of top ten wicket-takers for RCB in IPL.

Alumni from the RCB team of 2016, Sachin Baby brings a tonne of experience to the RCB setup. A handy southpaw who can strike bag, the 32-year old from Kerala is a veteran with 12 years representing his state in the Indian domestic circuit.

Dan Christian has won 9 T20 titles across the world. 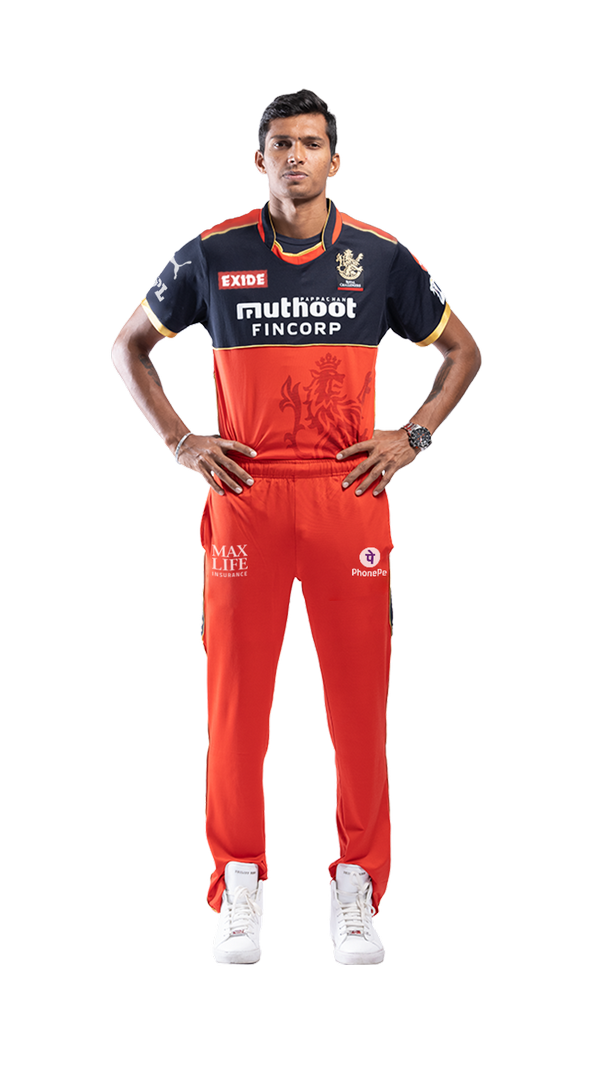 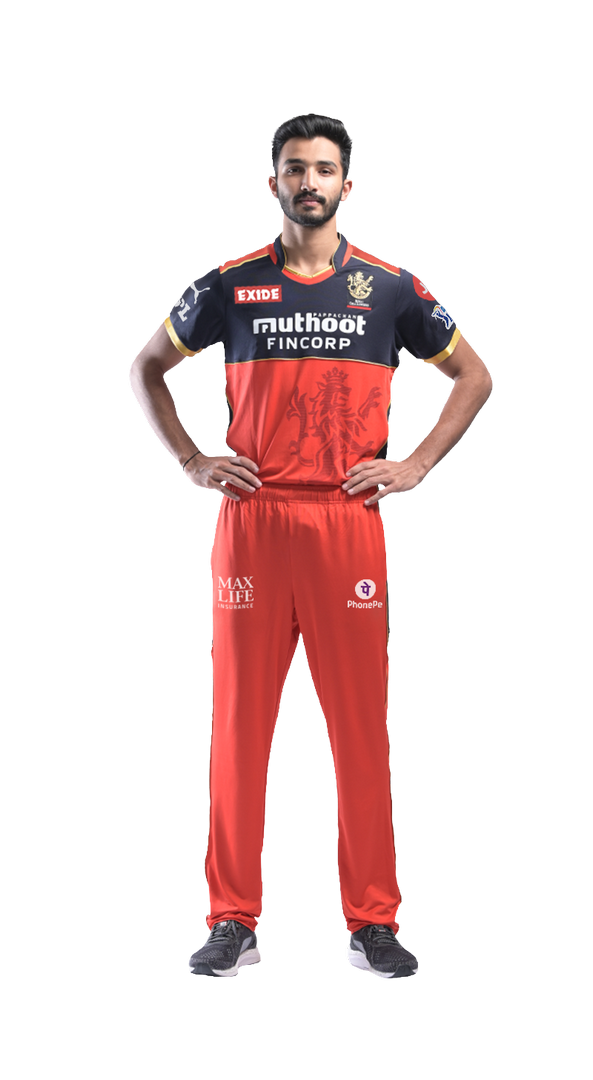 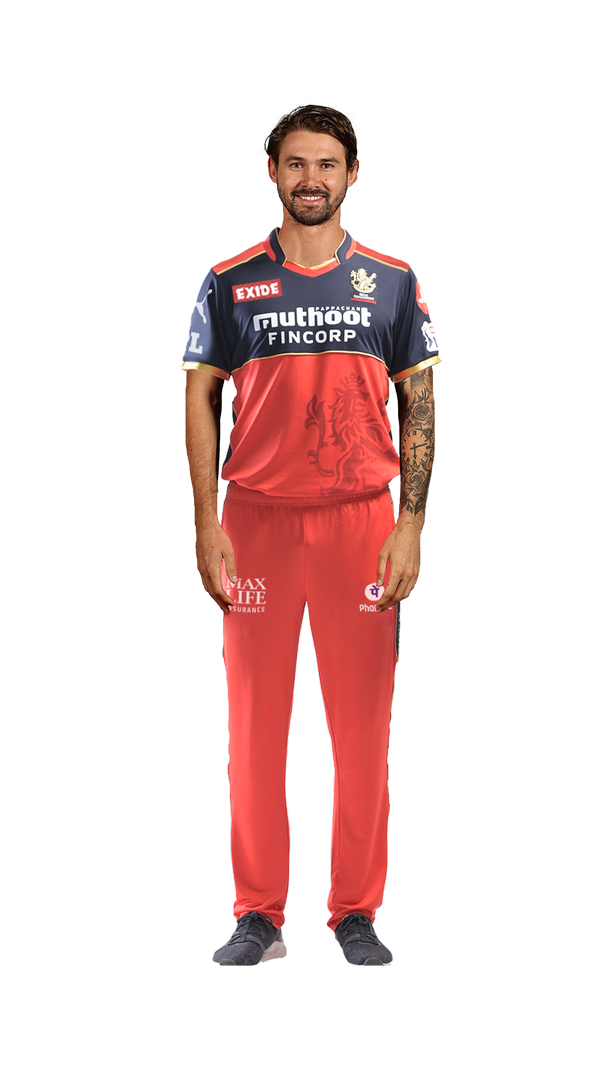 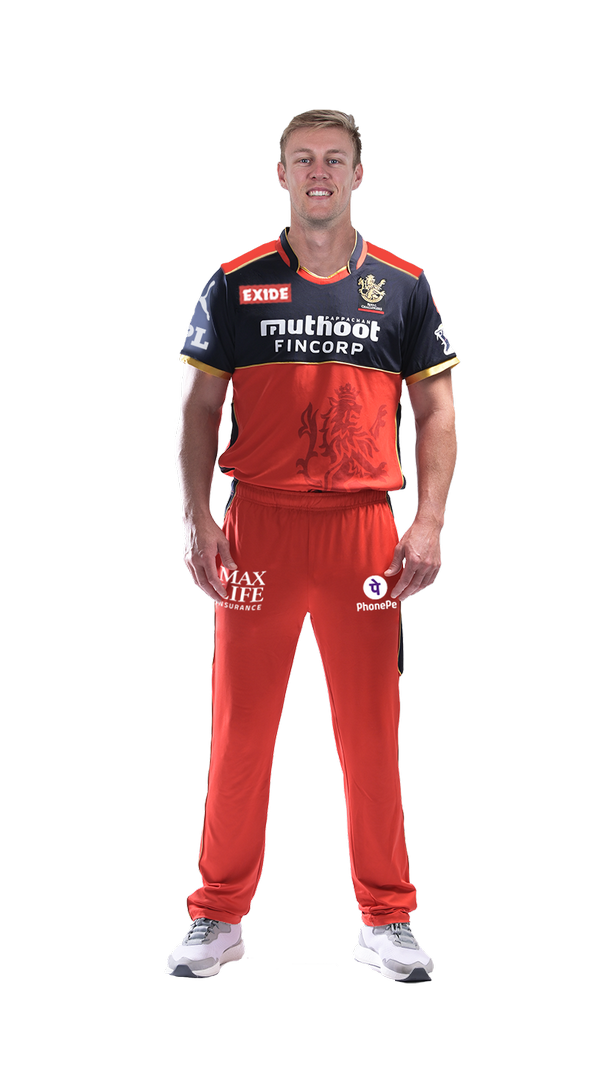 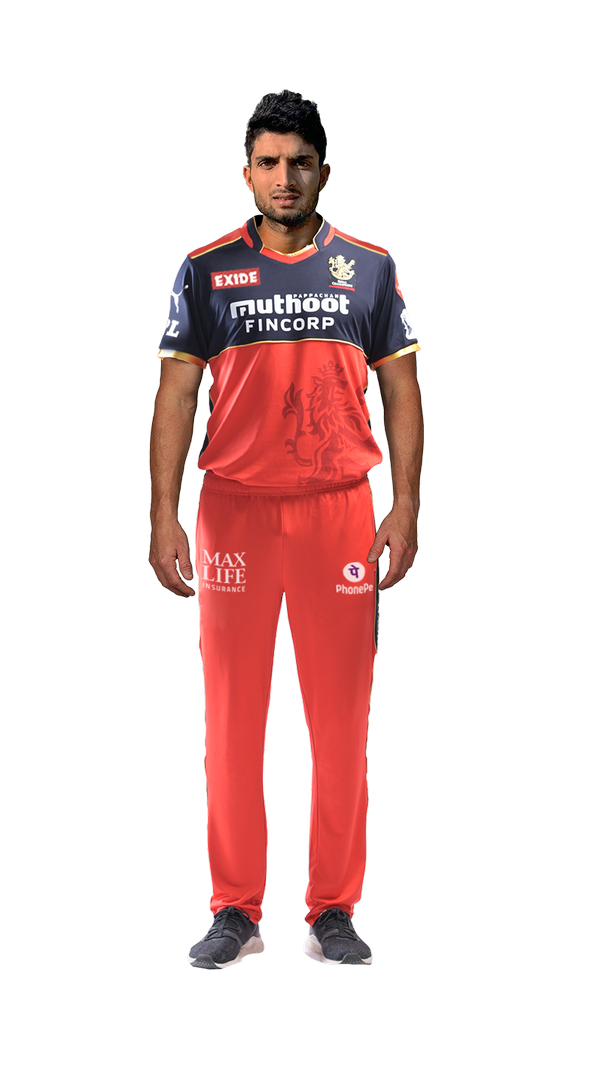 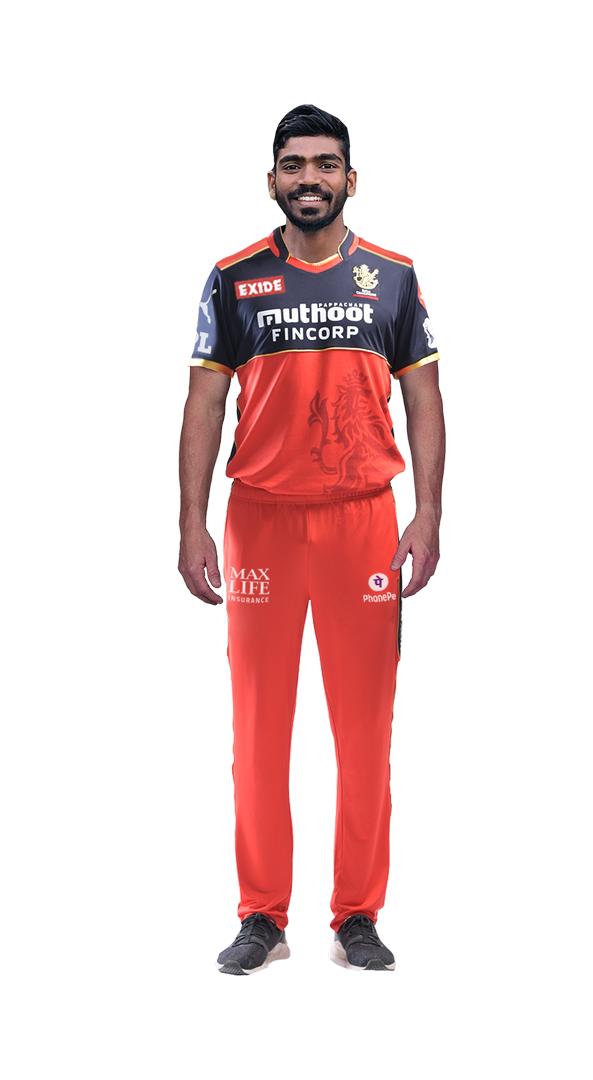 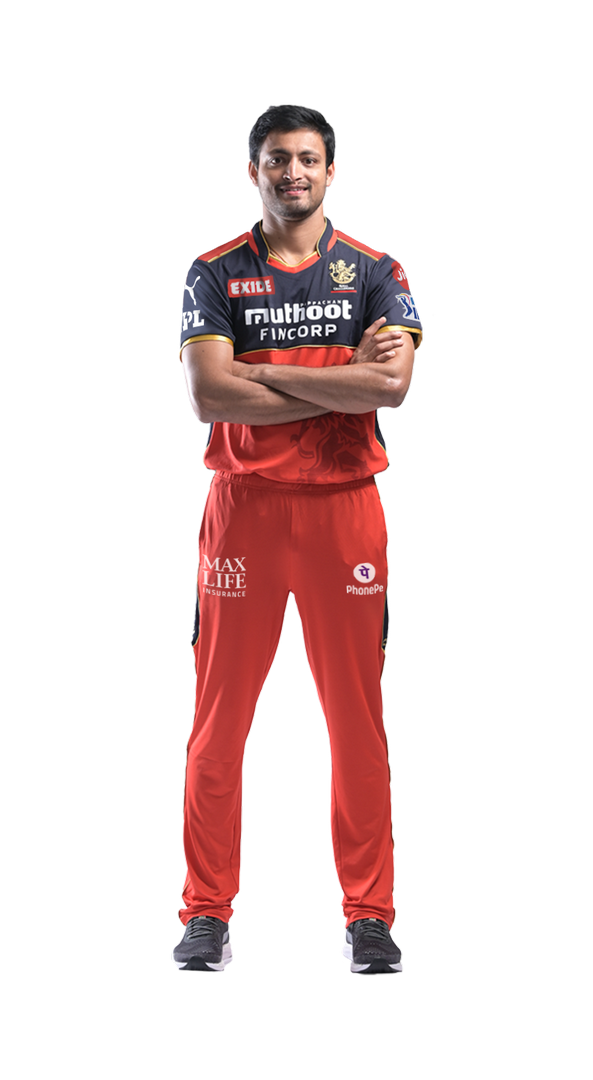 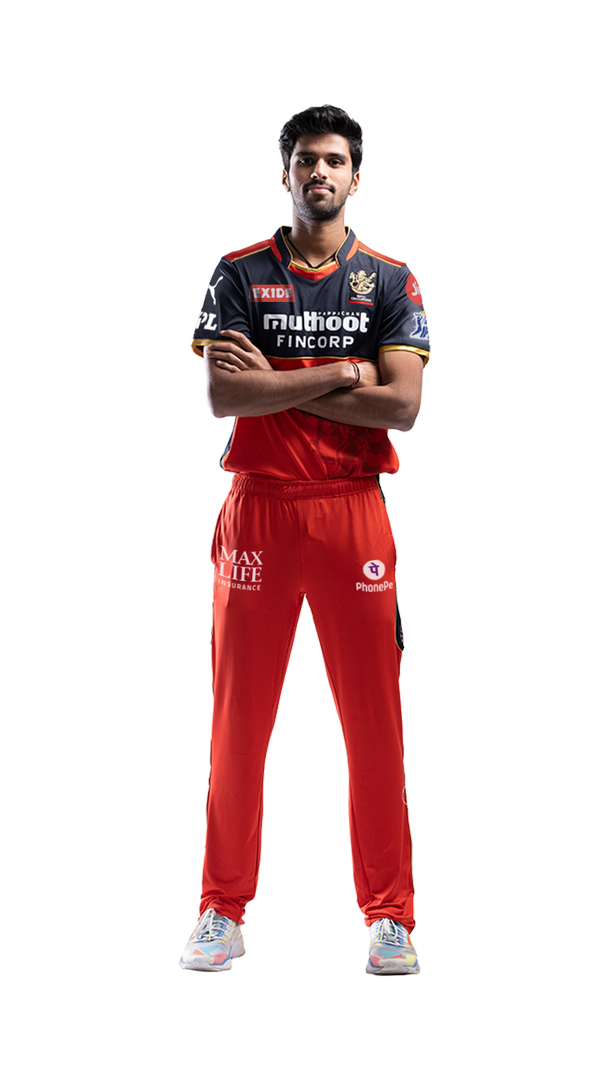 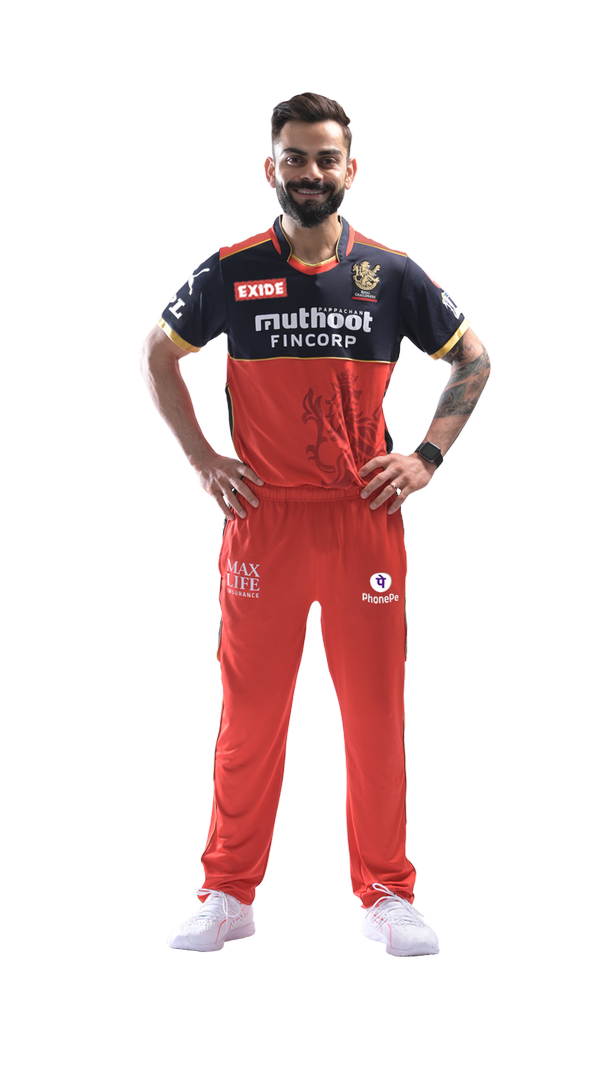 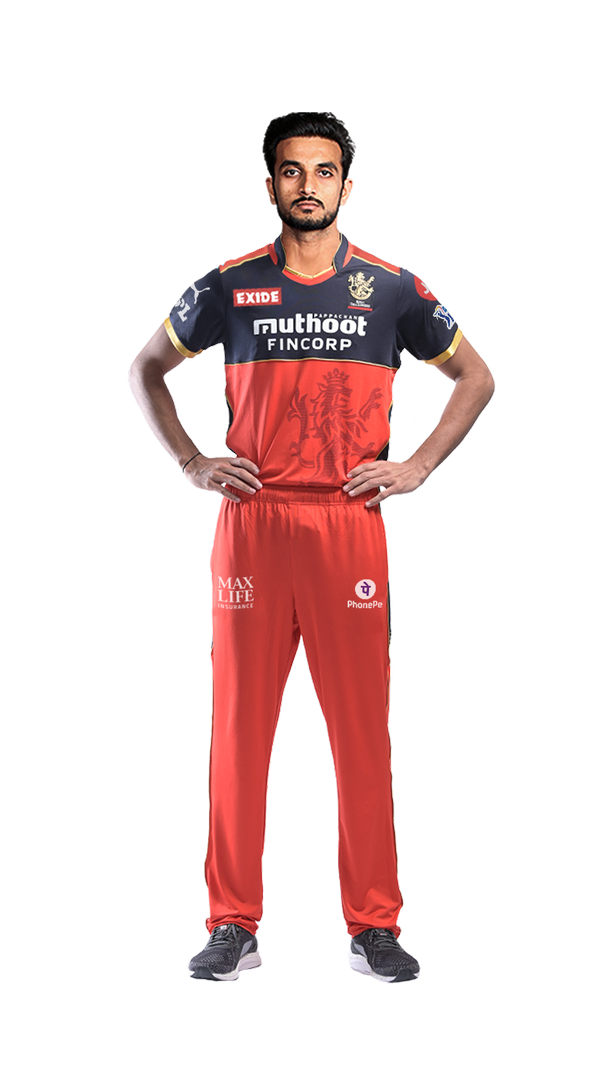 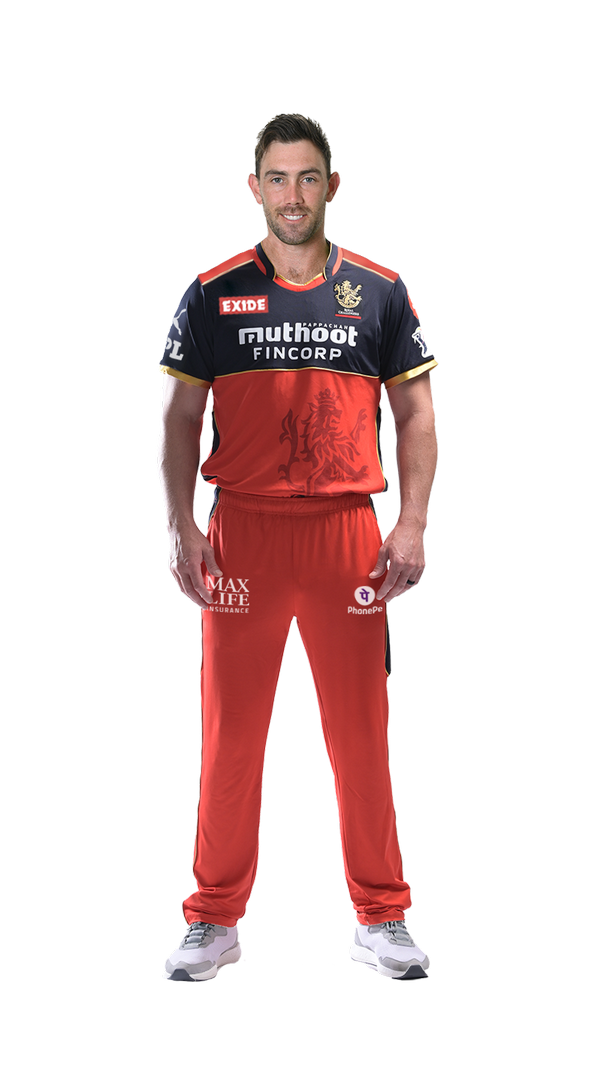 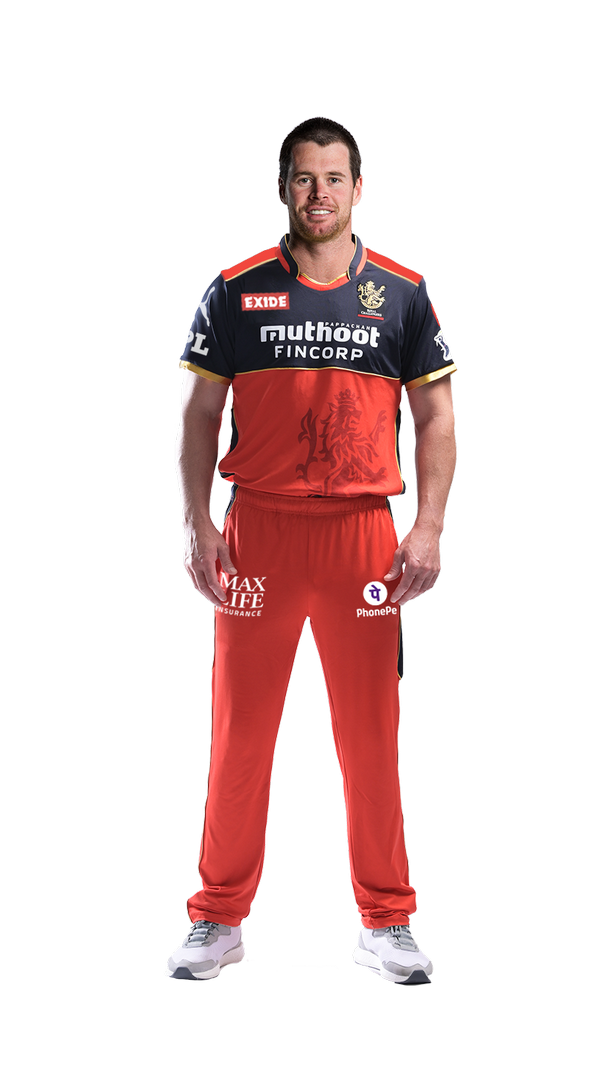 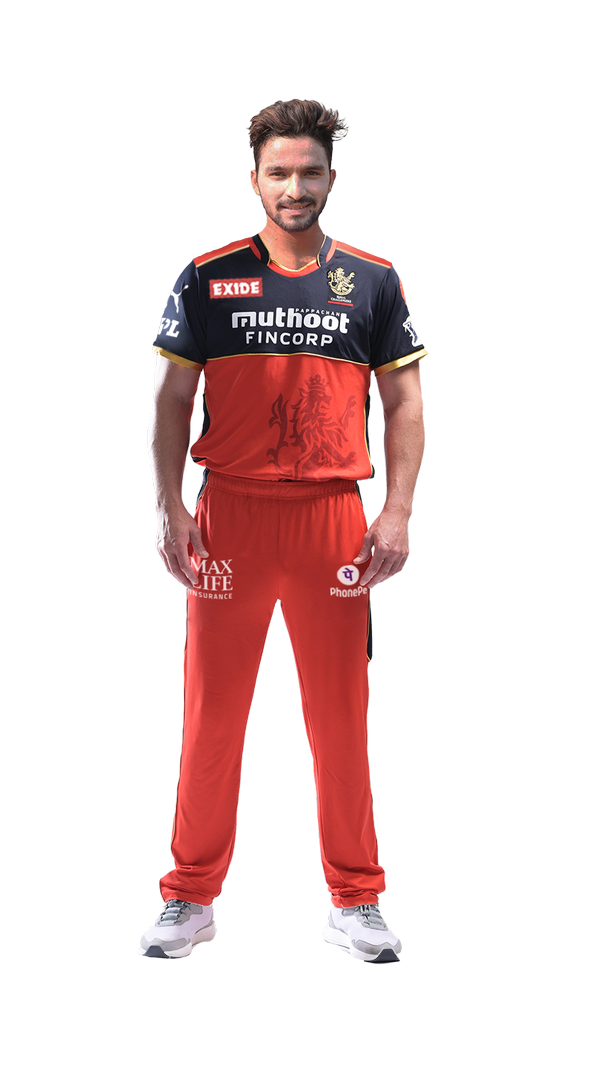 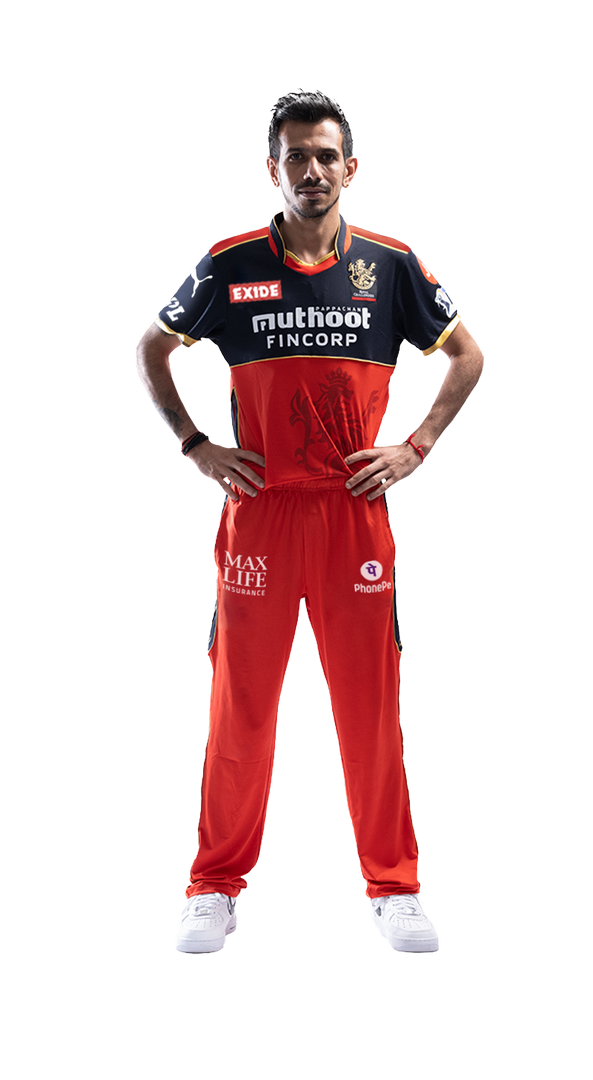 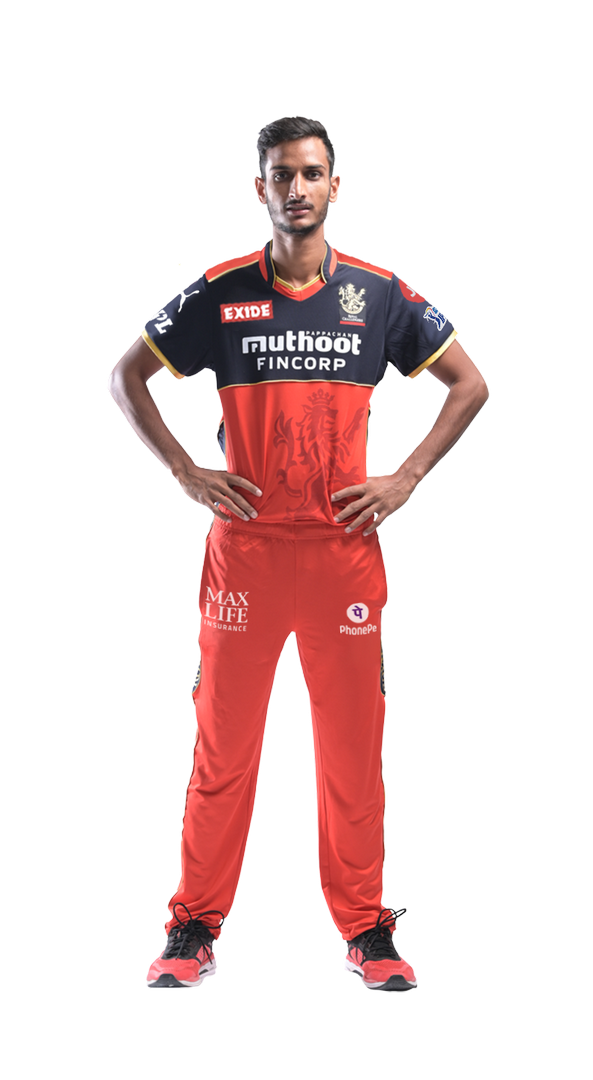 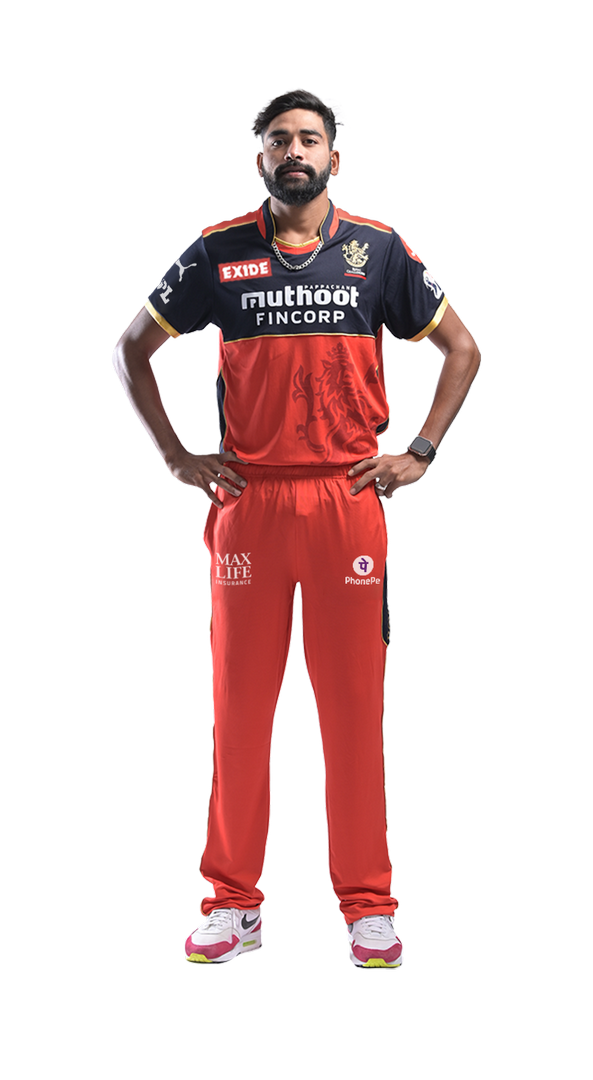 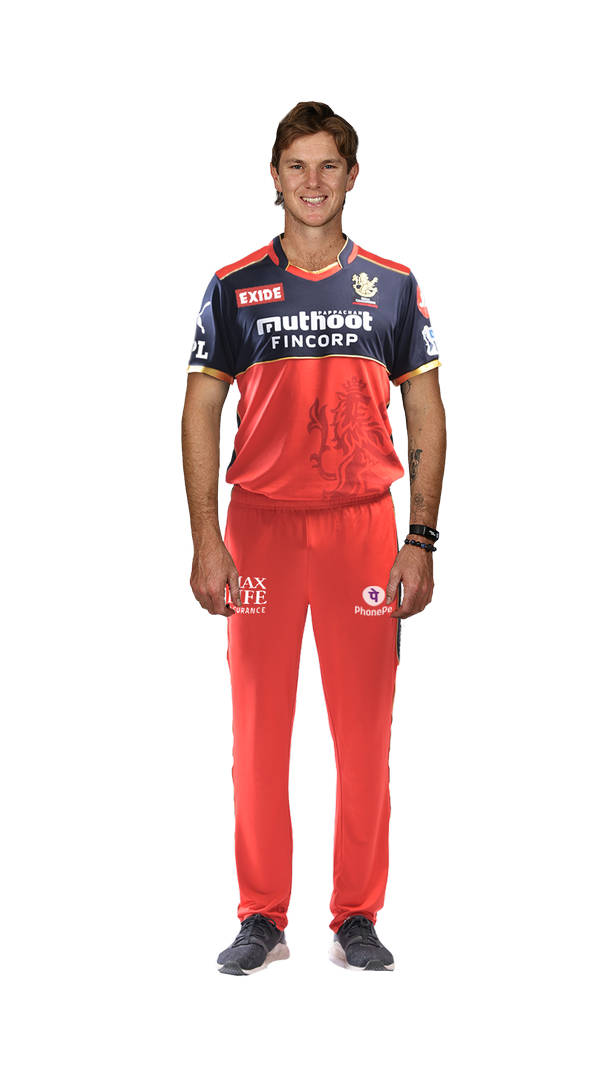 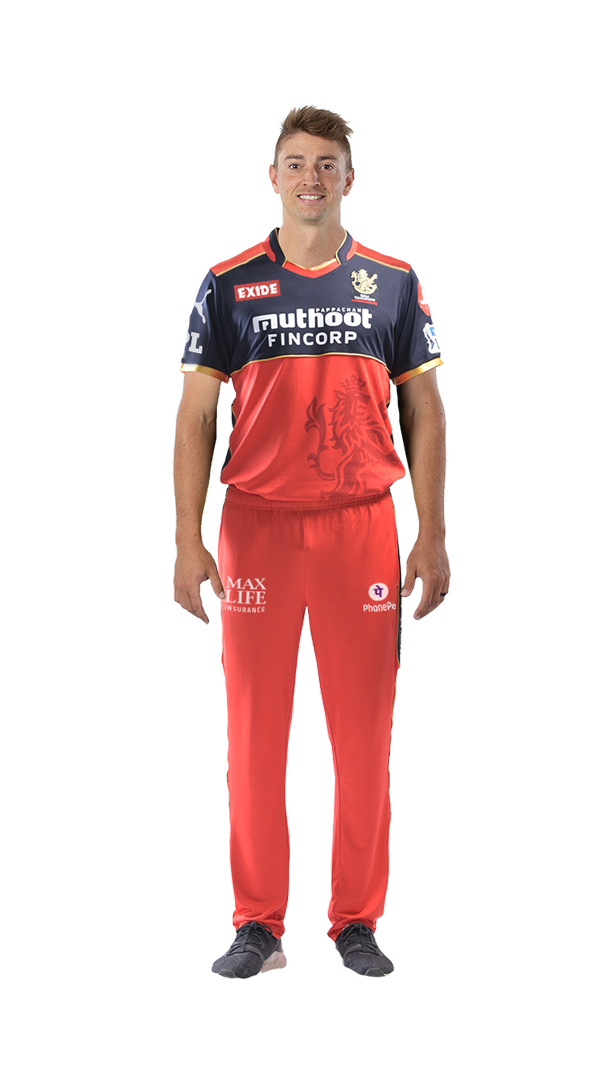 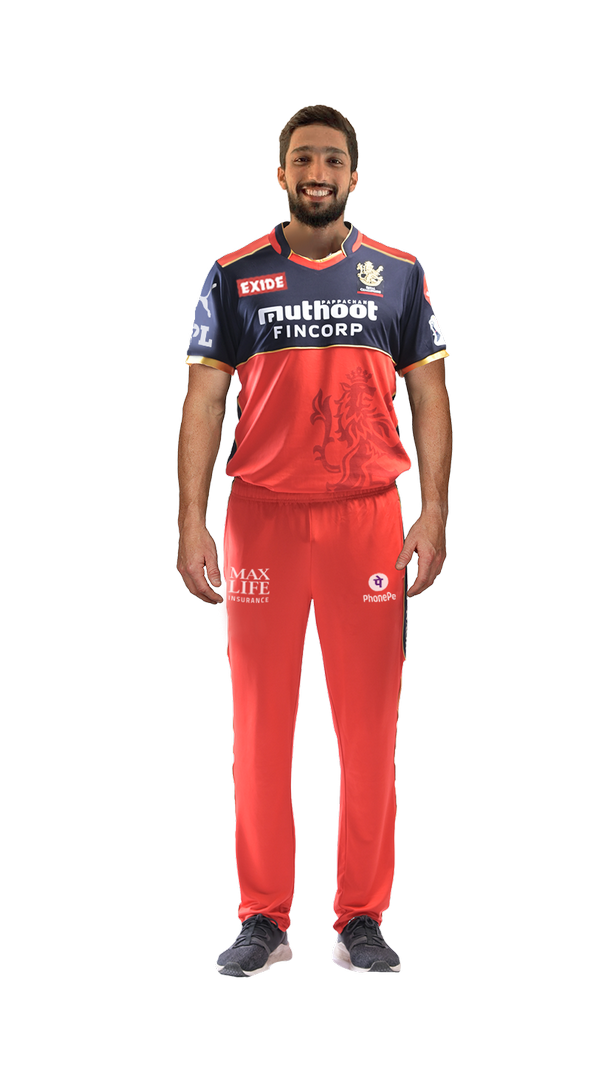 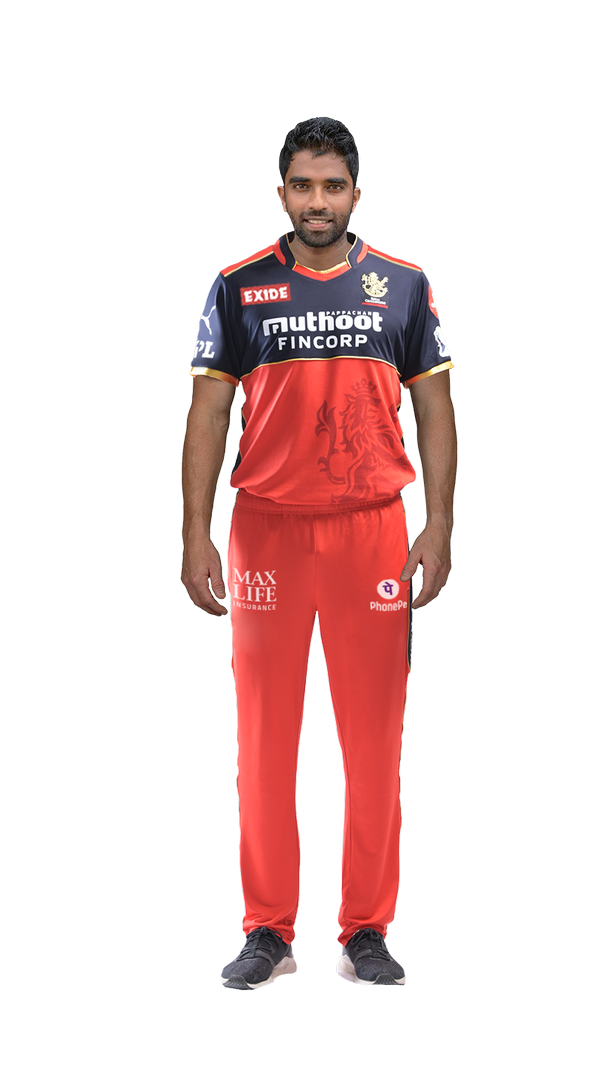 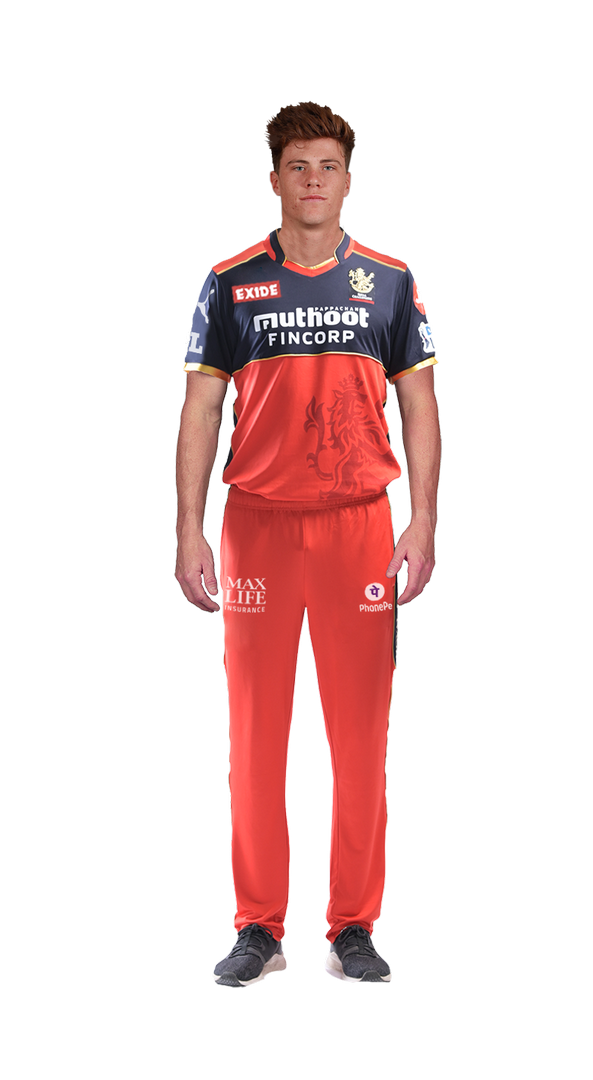 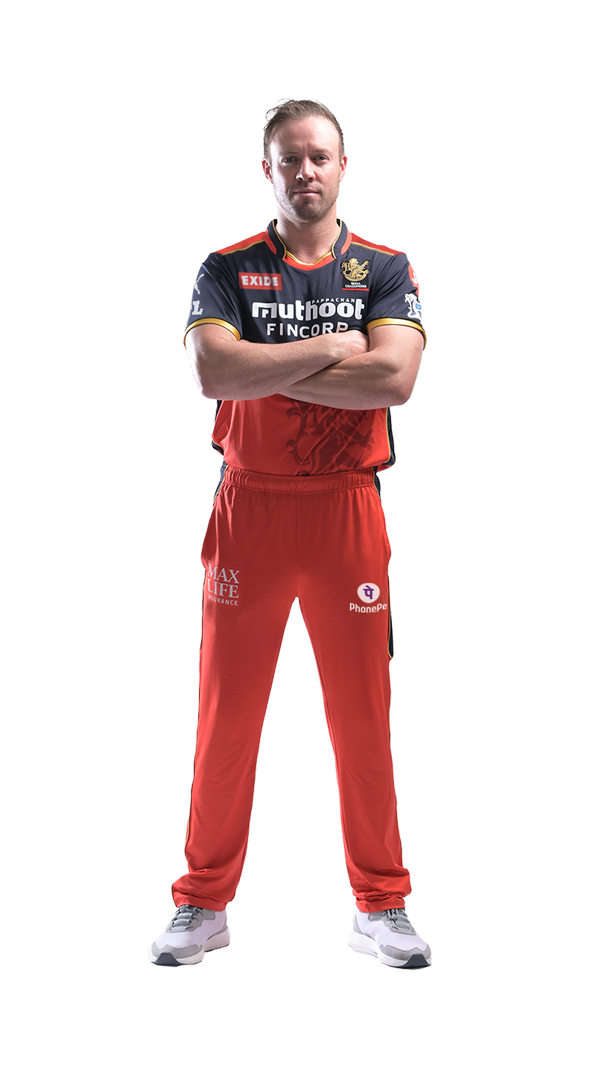